Aboriginal and Dual Names of places in lutruwita (Tasmania) 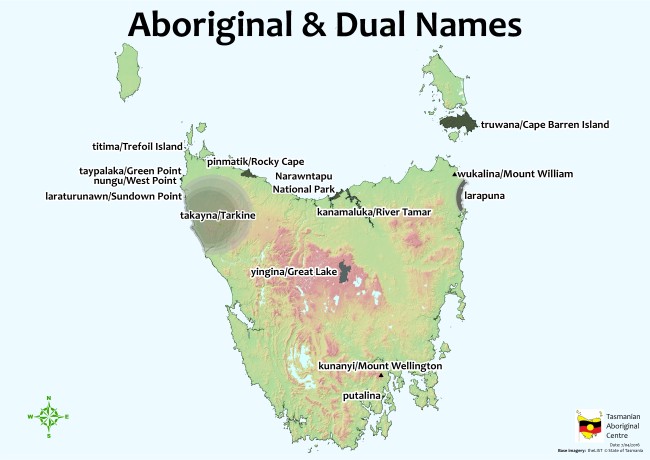 There are 14 official Aboriginal or dual names in lutruwita (Tasmania).  These names are in palawa kani, the revived language of Tasmanian Aborigines.

13 of these names were assigned under the Aboriginal and Dual Naming Policy, which was adopted by the State government  in 2012 after many years of lobbying by Aborigines.

The names were proposed in separate submissions, with each list reviewed and put out for public comment by the Nomenclature Board (now renamed Placenames Tasmania). The first six names were gazetted in 2014, and another seven were gazetted in 2016.   The names are to be shown on all official signage, maps and all official documents and publications (which is slowly but steadily occurring).

The format for dual names is: palawa kani word in lower case/English word after.

Those 13 names were assigned by the Nomenclature Board under the Survey Coordination Act 1944.

The 14th name is Narawntapu National Park. It replaced the name “Asbestos Range National Park” in 2000, under the National Parks and Wildlife Act 1970.  This is the only name which appears with an initial capital letter, as it was assigned long before the Policy was developed.

The 14 official names are: 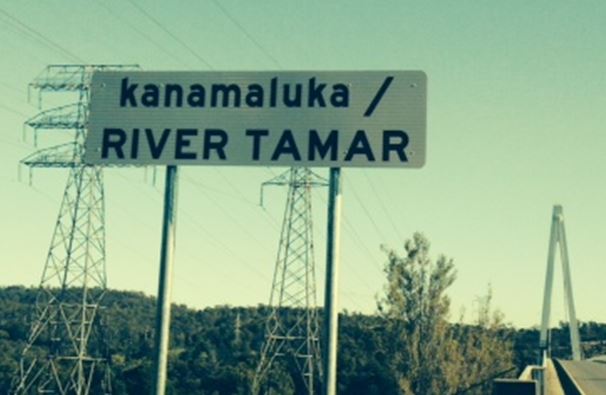 kanamaluka /River Tamar. Dual name for the river from its source in Launceston to its mouth at Low Head. 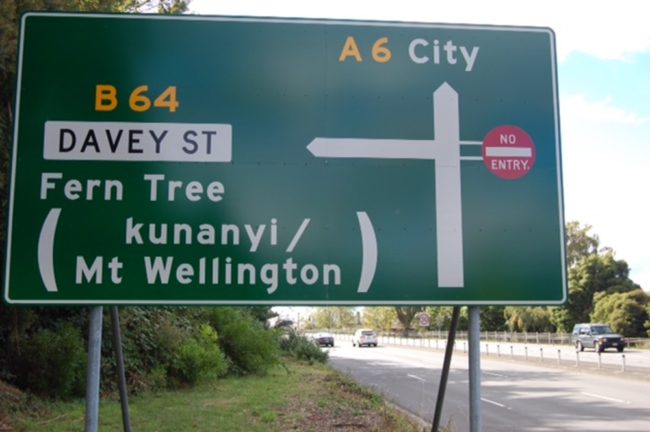 larapuna is an Aboriginal name which covers an Unbounded Locality extending roughly from Eddystone Point to Grants Points, the water of the Bay of Fires between the two points, and adjacent lands with boundaries undefined.  An unbounded locality is an area which does not have any clear or definite boundaries. It is marked on maps by showing the name somewhere roughly in the middle of the area. Unbounded localities can also have a stand alone Aboriginal name, instead of being dual named.

putalina is an Aboriginal name for an unbounded locality covering the cove at Oyster Cove, the Aboriginal property previously known as “Oyster Cove”and adjacent lands with boundaries undefined.

takayna/Tarkine.  The dual name will apply to the Unbounded Locality already named Tarkine.

truwana/ Cape Barren Island. Dual name for the island as a geographical feature.