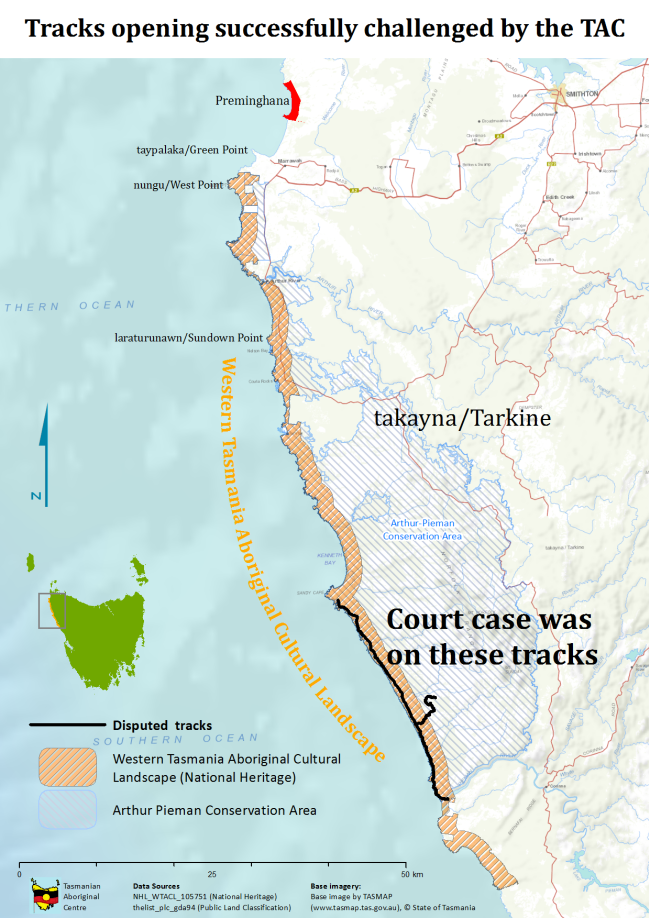 Editorial: The roots of our humanity

Court rules in favour of TAC over tracks

Minister for Environment, Parks and Heritage

The Liberal Government respects the legal process in relation to re-opening tracks closed by the previous Labor-Green government in the Arthur-Pieman Conservation Area.

The Government notes the decision issued today by the Federal Court is very detailed and the Government will therefore give it careful consideration.

The Government remains committed to striking the right balance that provides access for traditional recreational activities such as four-wheel driving whilst at the same time ensuring we protect its significant Aboriginal heritage values. 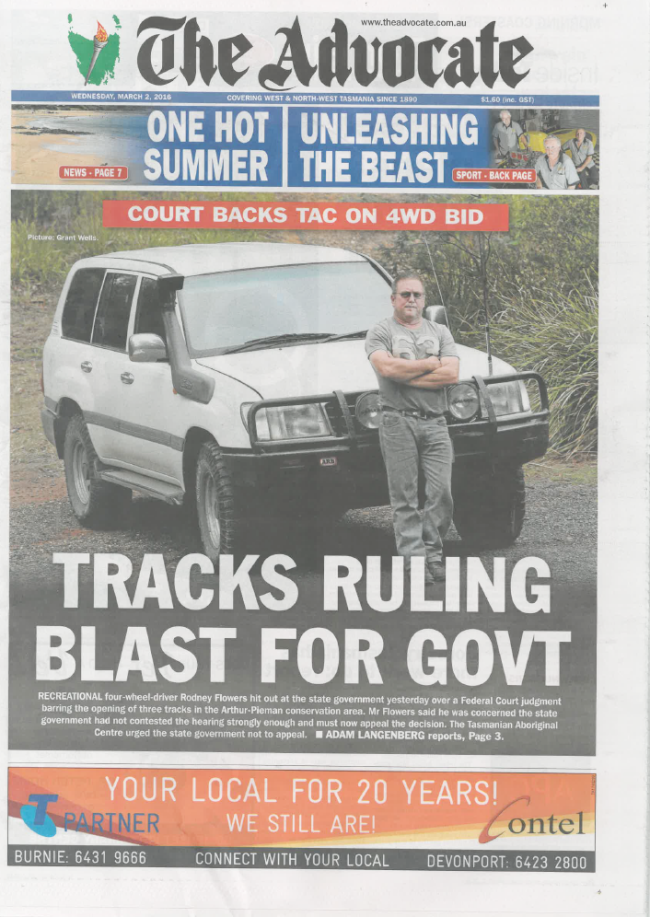 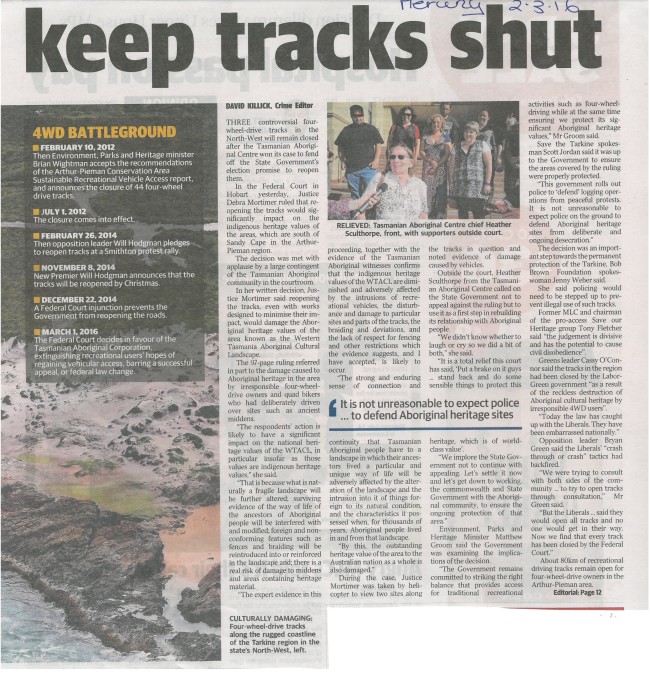 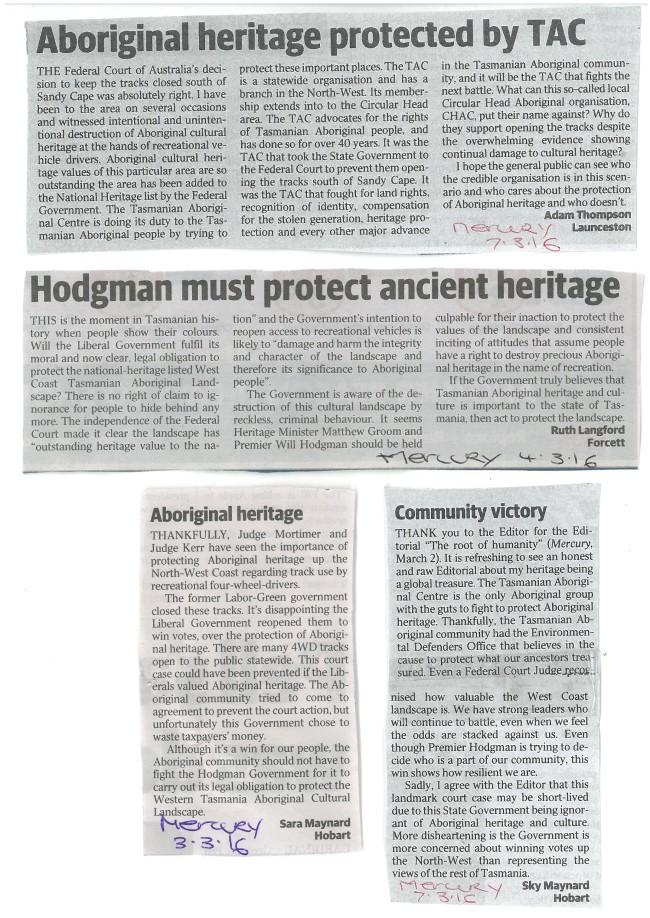 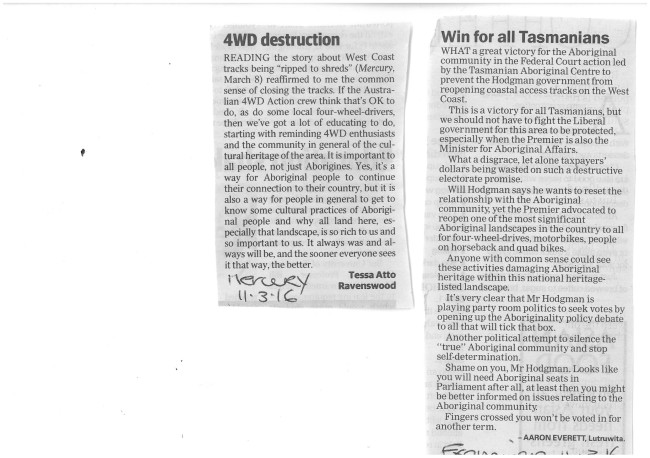 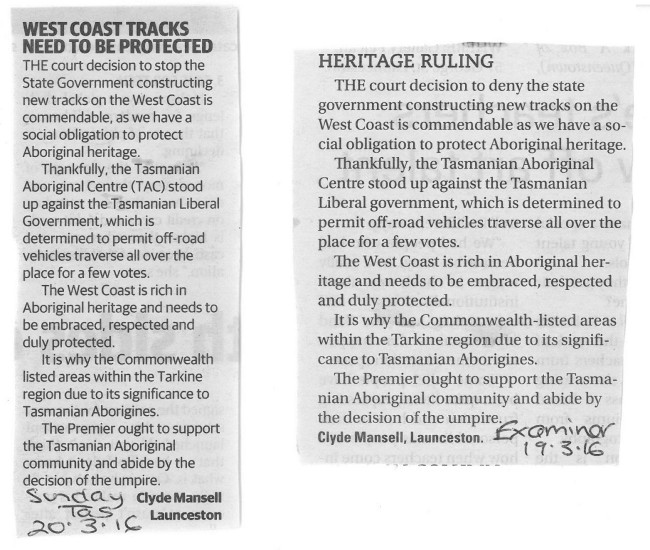 On the last day possible, the State government declared their intention to appeal.

On 22 March 2016, the Tasmanian Government filed an appeal against the Federal Court’s decision.  The appeal claims that Justice Mortimer erred in:

The appeal is expected to take 9-12 months to be resolved. 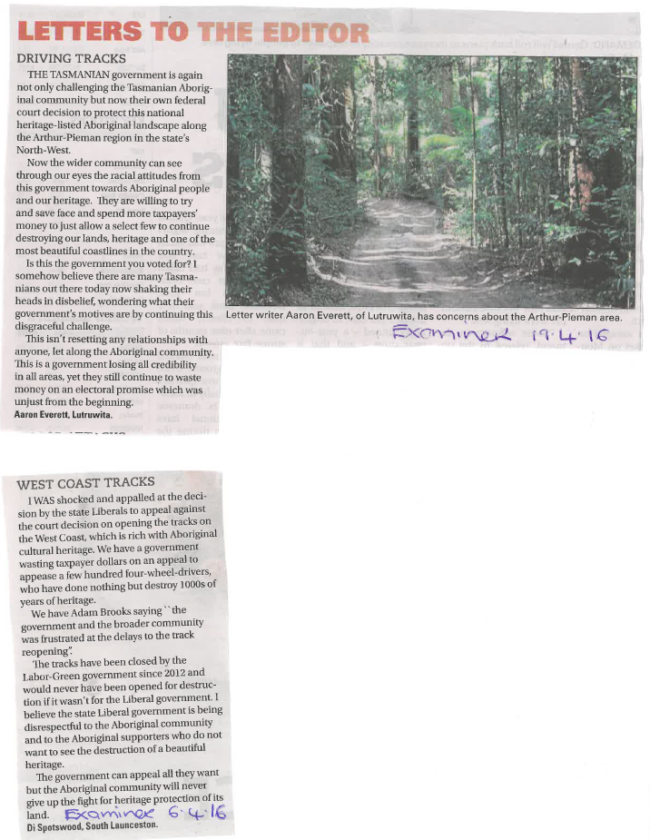 The Federal Court has granted leave to the federal Minister for the Environment, Greg Hunt, to intervene in the appeal against the judgement.

This allows the federal Minister to make submissions, and in doing so technically ‘assisting the court’.  They are not likely to duplicate the arguments made by the state government, nor argue the details of what damage the use of tracks would cause or what heritage values are present.  Their input will more likely focus on the potential consequences that would flow from Judge Mortimer’s interpretation of:

under the Environment Protection and Biodiversity Act (EPBC).

Submissions will be made and the TAC will be able to review them before a hearing, which has not yet been set, nor have the three judges been named.