Timeline of atrocities at pilri/Cape Grim from the early 1800s

From the earliest years of the invasion and settlement of north-western Tasmania, dreadful atrocities were committed against Aboriginal people. These led to the massacre at Cape Grim on 10 February 1828.

Six Aboriginal women recounted some of these brutalities to George Augustus Robinson when he visited the camp they lived in with sealers on the NW coast directly opposite Robbins Island:

From about 1810, women had been abducted by sealers.

In 1820 a group of sealers hid in a cave at the Doughboys near Cape Grim to ambush a  group of women collecting mutton-birds and shellfish. As the women swam ashore the sealers rushed out with muskets, pushed fourteen women into an angle of the cliff,  bound them with cords, and carried them off to Kangaroo Island. Three sealers were later clubbed to death in retaliation. 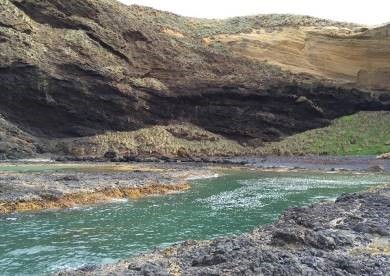 In November 1827 the West Point tribe visited Cape Grim for mutton-bird eggs and seals and found shepherds tending a large flock of sheep. The shepherds tried to entice some women into a hut, and, when the men objected, in the resulting skirmish one of the shepherds was speared in the thigh and several West Point men including a chief were shot.

In retribution, on 31 December, Aborigines returned to Cape Grim and killed 118 ewes from Van Diemens Land Company stock, spearing some and driving the rest into the sea.

A month later, in January 1828, Richard Frederick, master of the Van Diemens Land Company sloop, Fanny, told Mrs Hare, wife of the captain of the Caroline, that he and four shepherds of Van Diemens Land Company – Charles Chamberlain, William Gunshannon, Richard Nicholson and John Weavis – had searched for the camp of the Aborigines at night and killed twelve before retreating to their ship. Mrs Hare recorded this in her diary on January 19. The manager of the Company in a report to his superiors in London on January 14 acknowledged the attack but claimed there were no casualties because “the guns mis-fired.” [Lee 1927:41; AOT VDL 5/1 No.2]

A few days later, on 10 February 1828 the same four shepherds surprised and trapped a large group of  men, women and children at what is now called Suicide Bay as they were feasting on mutton-birds that the women had caught at the nearby Doughboy Islands. Many were killed. This was the Cape Grim massacre. 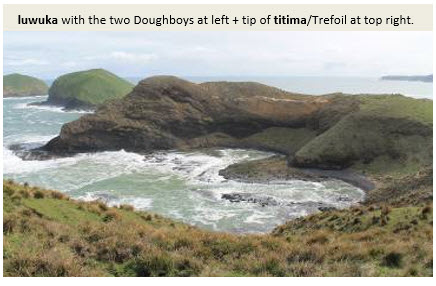 Accounts of the Cape Grim massacre

As told to George Augustus Robinson in 1830 by Alexander McKay, a convict servant of the Van Diemens Land Company since 1826: 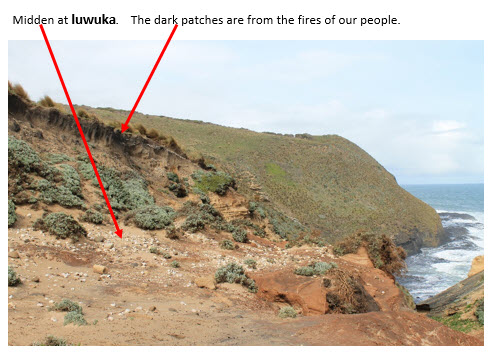 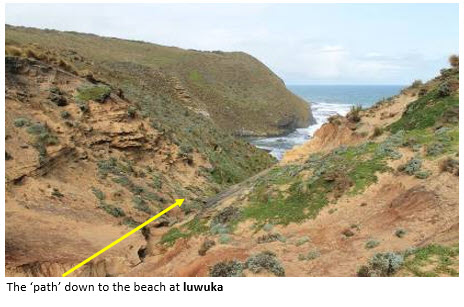 Accounts from 2 of the killers

There is no definite record of which tribe or tribes the Aboriginal men, women and children killed there were from; given the season and trading and travelling patterns, they are most likely to be from more than one of the several tribes who owned and occupied these north western lands. The Pirapi were among them; Tanaminawayt said it was this tribe who had killed the Van Diemens Land Company stock in 1827. The Pirapi occupied the West Point area and from there travelled inland to Mt Cameron West (Preminghana) and across country as far north as Robbins and Walker Islands and in the direction of Circular Head.

After this, the NW tribes avoided the settlement at Cape Grim but plundered remote huts to obtain provisions.