In honour of our ancestors and in memory of their loss of life and lands, we proposed to the Tasmanian Place Names Board in 2017 that offensive and racist names in this region be replaced with the original Aboriginal names, and that other places are assigned dual names.

In the case of three places which do not have European names, we propose for the reinstatement of the original names. These name changes were provided for in the Tasmanian Government’s Aboriginal and Dual Naming Policy for the Naming of Tasmanian Geographic Features 2012; and again the revised 2019 policy.

2012 Policy Principle 2.5     That consideration will be given to renaming places or features where the existing name is considered offensive to the Tasmanian Aboriginal community.
[Policy Principle 2.1 in 2019]

No original name is known for ‘Niggerhead Rock’
2012 Policy Principle 2.4     That where a traditional place name is not known as a consequence of the disruption of Aboriginal occupation and language, the use of another Aboriginal name as a place name is also acceptable where the meaning of the word is appropriate for its intended use.

2012 Policy Principle 2.2        That a dual naming system be adopted by which Aboriginal names can be applied to geographic features and places that already bear registered names and when a name change is not possible or acceptable. Both will be registered names, and both names will be used together in the future and appear together on all official documents and maps.
[Policy Principle 2.3 in 2019]

titima/Trefoil Island has been an official dual name since 2016. 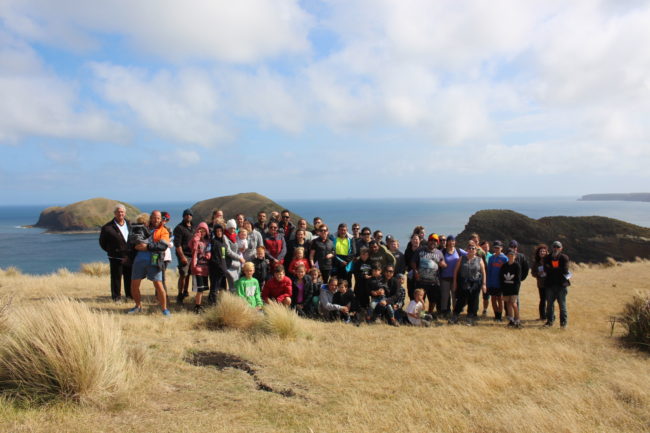 Above: A group of Aborigines visiting pilri as part of Preminghana Aboriginal Community Camp 2017.